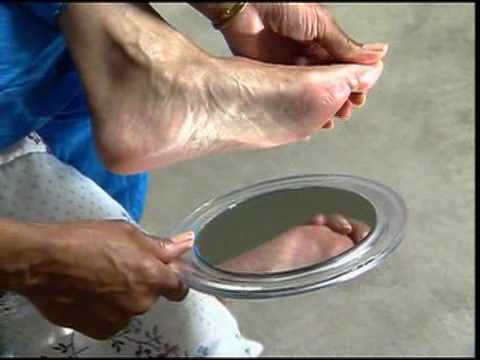 Yet again a negative and frightening national awareness campaign has been launched into the media and social media channels across Australia by Diabetes Australia (DA). This will be my thirty-first Diabetes Awareness Week and unfortunately will yet again increase diabetes distress in many people with diabetes as well as those yet to be diagnosed.

There have been some doozies of negative campaigns over the years! Remember the posters of a family with diabetes depicted with black curly wigs and round glasses the thickness of coke bottles? Then there were the posters, postcards, TV and print media imaging that used a range of imaging people find extremely frightening like clowns, sharks and spiders in 2014?

This year seems to be no different with Diabetes Australia’s (DA) message focused on the number of people who have a diabetes related amputation each year. Blogger @FrankSita passionately made the point in his first vlog this week called, ‘There’s more to diabetes than complications’. Amongst other things, Frank highlights the negative impact this messaging must have on young people with type 1 diabetes and their families and I would have to agree. (http://www.type1writes.com/2016/07/11/theres-more-to-diabetes-than-complications/)

Diabetes distress is real and palpable when people talk about their fear of complications – especially in relation to the fear of foot or leg amputation. They may equally have seen a family member or friend with a foot issue that resulted in an amputation. Fear is further fuelled by the negative campaign being run in this year’s Diabetes Awareness Week. We shouldn’t be surprised if they disengage about their risk or move to a default mode of thinking that they are ‘here for a good time not a long time’, then adopting behaviours that increase complication risk.

That doesn’t mean I don’t talk about the health problems associated with diabetes like amputation. I do. In fact, I need to identify negative experiences around diabetes care to debrief and re-educate the person so they are equipped with evidence based strategies to prevent an amputation. This includes managing their blood glucose levels, lipids and blood pressure; regularly checking their feet; having podiatry assessments and reviews; taking action quickly if a problem occurs; and choosing appropriate footwear.

However, diabetes educators see but a small proportion of people with diabetes.

Again this year I’ve read or heard diabetes educators and people with type 1 diabetes across the country voicing concern about these fear based campaigns and Diabetes Australia’s response? According to the article in this week’s 6 Minutes Diabetes Educator’s Update, A/Prof Greg Johnson, CEO of Diabetes Australia, said he’s not surprised about the backlash but maintains the campaign is aimed at educating the general public without diabetes about the growing burden of diabetes in Australia.

What, no concern about the negative impact voiced by the very people living with this condition?

DA reasons there is a need for a government sponsored action strategy to prevent the high number of diabetes related amputations. All very honourable but is it appropriate to scare so many people in an effort to get the government to listen to their funding request? Is it a good enough return once the collateral damage of diabetes distress from a fear-based campaign is taken into account? Have they even taken steps to measure the negative impact of the campaigns like an increase in diabetes distress or waste of resources from diabetes educators and other health professionals throwing out the awareness resources?

I conducted a limited evaluation of the messaging by reviewing the use of the hashtag #letspreventamputations on Twitter this morning at 8.28am. DA has encouraged people to use this hashtag as one of the strategies for this year’s campaign. Here’s what I found:

Given the profile of diabetes and DA in Australia you would have to say the negative messaging has not been embraced within the Twittersphere this Diabetes Awareness Week.

If positive messaging had been used I expect the tweet numbers would have been much higher because we could have shared a diabetes awareness message that empowered and supported positive change.

Diabetes Victoria’s Diabetes won’t stop me campaign (diabeteswontstopme.org.au) has asked people to share their stories of success in living with diabetes. Giving people a positive framework within in which they can consider if they have diabetes. They have chosen to inspire using the positive reality of people with diabetes. This does not offend, upset or negatively influence a person’s sense of wellbeing but is likely to inspire positive actions.

Diabetes Queensland have chosen to focus on early identification with check your risk resources and ‘Go Green for Diabetes’ encouraging awareness get-togethers to bring some fun into diabetes awareness. There is a range of resources on their website including social media messages you can use to spread the positive messages.