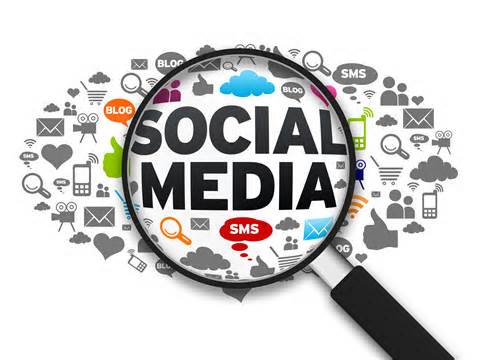 Much of my time as a diabetes educator is spent supporting people in their quest for knowledge, skills and empowerment around their diabetes and its care. Until a year or so ago I hadn’t even considered social media as a skill I needed in my toolkit of education and consulting skills.

That all changed after attending the 2014 Roche Educator’s Day in Melbourne (part of the annual scientific meeting of the Australian Diabetes Society and Australian Diabetes Educators Association). Stef Cesile (@scesile) and Ash Ng (@Health4Diabetes), two vibrant and positive young women living with type 1 diabetes, challenged diabetes educators’ from around Australia to put their fear of social media behind them and dip a toe in the metaphorical pool of related communication options.

Ash and Stef took us through the basics. Twitter is a social media tool used on a smartphone, tablet device or computer using the free Twitter app downloaded from the App Store. You come up with the name you want to be known by (your handle e.g. @JayneEdHealth) and once you have registered this you are ready to enter the Twittersphere! It is as simple as clicking on the follow button of other tweeters to get you started. This gives you an idea of the language and general gist of things. Before you know it you too will have followers (other people who want to follow you and hear what you have to say) and you can send messages using up to 140 characters (including spaces) out to your followers. To help people find content of interest to them, hashtags are used (eg #adeaads2014 or #diabetesedoz) in the tweet (message). The hashtags are very helpful because they will bring together the messages using the same hashtag in one place.

This session de-mystifyed Twitter enough for me to be able to click on my Twitter app, which I had downloaded previously in an effort to understand what it was, and send out a tweet during the session to the 39 followers I had somehow previously amassed. Before I knew it I had a response, a few new followers and my messages were being re-tweeted on the Twitter feeds around the conference. There was no stopping me … I added the conference hashtag, #adsadea2014 to my tweets and daringly added one of my own creation, #diabetesedoz.

In the pursuit of new knowledge – the responsibility of all conference attendees – I set myself a target to increase my 39 followers to 50 by the end of the day – which was promptly bumped up to 60 by Ash during her presentation. To my amazement, in the words of Stef, my ‘tweets were cranking’ and a week later I had 89 followers. It has since grown to 551!

The knowledge and confidence displayed by people with diabetes tweeting and blogging their way through the conference was obvious. Their social media savvy helped them to create and advocate for truly consumer driven models of diabetes care. They were sharing information from the conference sessions with others on Twitter across the world. To see diabetes consumers actively and confidently taking this technology and making it their own highlighted the power of a process that connects people to share their thoughts and ideas.

It was obvious though that diabetes educators had not embraced social media with the same enthusiasm. Ongoing education sessions are offered on the basics of social media at educational offerings for diabetes educators but the utilisation of the technology has been slow. A predominantly middle aged workforce is likely to be the stumbling block but equally organisational policies and issues related to patient privacy will also need to be considered as they are significant barriers in the uptake by health professionals. In the meantime, we are missing out on the opportunity to harness these tools to improve health outcomes of people with diabetes.

So, here I am blogging about my Twitter led social media conversion. I’m tweeting, lurking, hash tagging and generally navigating my way around what is probably the ultimate communication tool for health professionals. A year and a half ago I didn’t understand the potential social media has for us to engage with people with diabetes in such a variety of ways. This has now been replaced with a sense of excitement about the opportunity to explore how I can use this medium to further support people with diabetes in their physical and emotional diabetes management.

I hope my insights will inspire other Diabetes Educator’s to take a leap of faith into the world of social media. Play around with the technology and apps at your fingertips when away from work. Ask people with diabetes about their use of Google, apps, Twitter, Facebook and other social media platforms in their own diabetes care. Before you know it, you will see new potential for their use in your working life!

To follow me on Twitter: Jayne Lehmann( @JayneEdHealth) or Ashley Ng(@Health4Diabetes) and Steph Celiste (@sceliste)  Use the #diabetesedoz to help diabetes educator’s around Australia to easily find related posts.

Acknowledgement: Thanks Ashley Ng and Steph Celiste for your inspiration and encouragement. Thank you to Roche Diagnostics for their ongoing support of the Roche Diabetes Educator’s Day.

Social Media - Another tool in the Diabetes Educators' tool kit!
Clear Clear All